In July Milton’s own Superstarr Liam along with many other Superstarr’s and Superhero’s hosted a fundraising event for Sick Kids Foundation at the Milton Community Park. The weather was fantastic and the event was attended by hundreds of friends, supporters and community members. Free volunteer lunches were generously donated by Milton’s East Side Mario’s restaurant (Thanks to Zain Raza and Jordan Bassett)

Elaine Carter Cray from The Special Friends Network had this to say – “What an incredible day and event! Kudos to the amazing Deana Wilson for pulling this together. For all the incredible supporters, organizers and collaborators I am so honored to be part of this fantastic group of People. Milton is the best community by far.”

Miltonian Paulette Lockwood wanted to let people know that “I’d be lying if I didn’t say a highlight for me was meeting Doug Gilmour himself!”. The Toronto Maple Leafs alumni SuperHero was on hand to give his support to the fundraiser and made himself available to fans for photos and discussions. 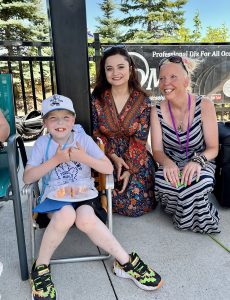 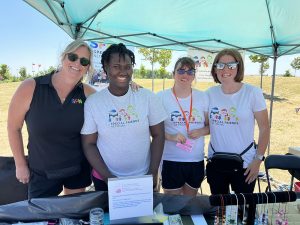 TJSF Teeing Off for a Miracle in Milton