2017 marked 40 years in business for Achilles Mazda. The family-run business started in Acton in 1977 where it remained until 2 and the decision was made to relocate to its current Milton location. “Definitely since we moved to Milton in 2010 with the population growing in the area immediately, there was a proportional increase in sales as well. So the business has grown as well,” Dealership owner Achilles Pelitis said.

Family is the foundation of the business where customers are treated better than numbers. “It’s being involved with each and every person that walks through the door,” he said. The philosophy extends to his staff. “The heart of the business is our staff,” he described. Some of the dealership’s staff have been with them since 2003. 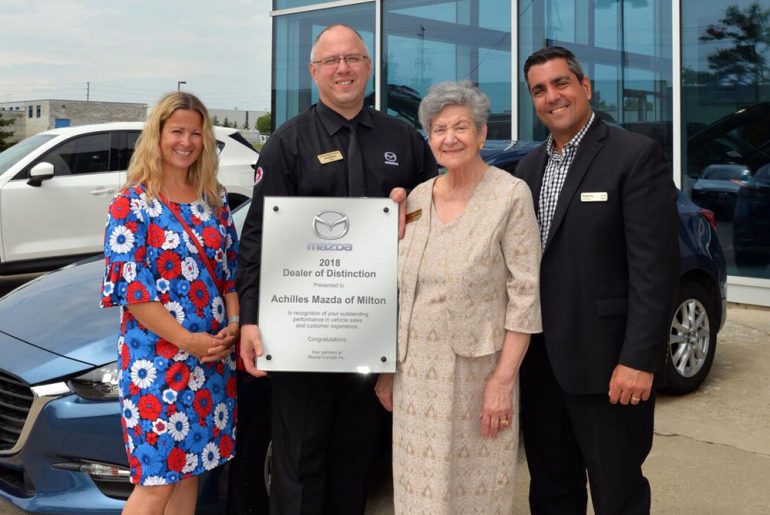 The staff were on-hand to receive their anniversary plaque. They also received a 2018 award for Dealership of Distinction, which means they are in the top 5 percentage of Mazda dealers nation-wide. Pelitis invites carbuyers to come try the dealership. “Come and experience the difference with us,” he said. To find out more about Achilles Mazda visit their website at: www.achillesmazda.ca

Zainab Azim recognized as Citizen of the Year