During a ceremony at the One King West Hotel and Residence in Toronto held on September 27, 2022, Mr. Don D’Souza from Milton received the June Callwood Outstanding Achievement Award for Voluntarism.

The June Callwood Outstanding Achievement Award for Volunteerism recognizes up to 20 individuals who have made an exceptional contribution to volunteerism in Ontario each year.

Don D’Souza is a proud Miltonian, an outstanding community leader dedicated and driven to building a brighter tomorrow by supporting those in his community. He has volunteered for more than 10 years with the Navy League of Canada, Milton Branch and supporting the Royal Canadian Sea Cadet Corps CHAUDIERE. Appointed the organization’s president in 2014, he has worked tirelessly to create positive change in his community.

In January 2020, Don co-founded the Navy League Cadet Corps ADVENTURE, a program for youth between the ages of 9 and 12 that promotes teamwork, good citizenship, and leadership skills. Don helped raise over $50,000 through grants, donations, and sponsorships to create the Milton Cadet Centre, which offers a safe space for youth to come together and learn new skills. Through Don’s leadership and dedication, membership at the centre has more than doubled. The Milton Cadet Centre has become one of Ontario’s strongest and most engaged Navy League branches.

A tireless volunteer, Don also finds time to volunteer with the Halton Regional Police Service, the Milton Legion’s Poppy Drives, as well as to provide support to community celebrations, Meals on Wheels and Toys for Tots. 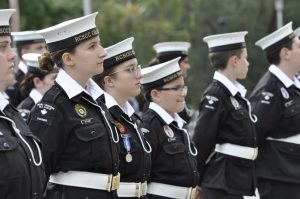 By now you’ve probably heard that Zeeshan Hamid is running for Mayor. Hamid has spent the past 12 years on Council, but I wanted to know more about Zee, beyond politics.

Our conversation starts with a discussion about his love for coffee. Zee tells me he has more than a dozen coffee machines at home. When I ask him where to find the best coffee in Milton, he says, “you’ll often find me at Barn Door Cafe or Chudleigh’s Blossom Cafe, but if you’re looking for beans then Java Nut is your stop.”

The Hindu Swayamsevak Sangh (HSS) and Milton Marathi Group (MMG) came together in Milton, ON, on Friday, September 9th, to celebrate one of the biggest Hindu festivals of India – The Ganesh Festival. Lord Ganesha – the God of New Beginnings, Wisdom and the Remover of Obstacles, is celebrated for ten days as he comes and visits his devotee’s homes.

Councillor Rick Di Lorenzo has been Milton’s local Councillor for south east Milton for 12 years now. In 2021 he won the Milton Champion Award for Milton’s favourite local politician and his passion for community involvement clearly shows in his activities with resident groups and organizations. He was one of this year’s sponsors for Milton Canada Day, as well as helping the Milton Halal Food Festival take off in their first year.

This election he’s running for Regional Council for ward 3, leaving his local Councillor position open for others. When asked why the change, he says “Regional Council has added responsibilities such as Halton Public Health, Halton Regional Police (related to my focus on community safety). These two areas have always been a focus of mine. Plus Milton’s infrastructure has been lacking support at the regional level, often delayed and pushed back it has fallen behind our growth. I believe Milton deserves better.”

What is the Ruck to Remember? It is an initiative started nine years ago by a civilian who because of medical issues could not join the military but wanted to support our Canadian Veterans and other first responders, including Paramedics, Firefighters and Law Enforcement. Lino Nevio DiJulio started the Ruck to Remember to raise funds for first responders’ different charities. This year “Operation Leave the Streets Behind” a Royal Canadian Legion Charity to get homeless veterans off the streets was their focus!

The municipal election is in full swing and for the first time in a long time, Milton has a real race shaping up for Mayor. After serving 12 years on Council, Councillor, Zeeshan (Zee) Hamid has stepped forward to run against Gord Krantz under the campaign banner “it’s time”.

Hamid has long been viewed as a respected leader on Council with an eye for balanced growth. “I believe we can grow without building high-rises in already established neighbourhoods,” he says. He is a tech sector leader, passionate about sustainability and creating livable communities. If elected, his goal would be to bring a new official plan that protects small businesses and promotes balanced growth.

Kawad Yatra is the annual pilgrimage of devotees of Shiva, known as Kawariyas, to the Hindu pilgrimage places of Haridwar, Gaumukh and Gangotri and Sultanganj in India to get the holy waters of the Ganges River. HCHH started their Yatra (parade) from Milton and walked to the Vaishno Devi Temple in Oakville.

Nearly 100 devotees participated in the Yatra (parade) with the desire to seek the blessings of Lord Shiva.

Islamic Circle of North America (ICNA) Milton chapter and the Islamic Community Centre of Milton (ICCM) arranged a BBQ event for the Milton community on July 31, 2022 at 8069 Esquesing Line in Milton. Various food items were offered free of charge for adults, like BBQ, burgers, BBQ chicken, and drinks. Whereas kids enjoyed hotdog sandwiches, cotton candy, popcorn, drinks, juices, and multiple inflatable rides in the nice weather. Besides that, there were different stalls setup for attendees to purchase items of their interest, like clothes, jewelry, arts and crafts, paintings, etc.