Milton has been awarded the opportunity to host North America’s largest mac and cheese festival arriving June 8-10, 2018 at the Milton Fairgrounds. This popular festival, originated in Toronto, has rapidly grown in just a few years attracting well over 60,000 mac and cheese fans from all over Canada and the United States. The festival’s Founder, Philip Suos, the same organizer of the massive Holiday Street Market in Downtown Milton, is looking to pave the way to create a whole new generation of festivals and attractions in Milton.

“The Mac and Cheese Festival isn’t your ordinary mac and cheese, these are chefs amping it up to the tenth power and getting creative with it, you’ll see different interpretations of what they think mac and cheese should be. There will be more than 50 variations of mac and cheese to try this year. Teams will be competing for your votes to decide who has the best mac and cheese to win the $10,000 cash prize, $5,000 of that is awarded to their charity of choice plus title recognition for Ontario’s 2018 Top Mac and Cheese Award.” Suos said.

Aside from eating, this year’s festival promises free unlimited all day rides on its ferris wheel and carousel, bouncy castles, carnival games, live shows & concerts, cooking theatre, fire pit lounges, beer and wine, outdoor movie nights, a marketplace and lots more for everyone to enjoy. You can bet that tens of thousands of fans will be salivating until then. For more information on getting your hands on these must-attend event tickets, visit www.themacandcheesefestival.com or follow @themacandcheesefestival on social media. 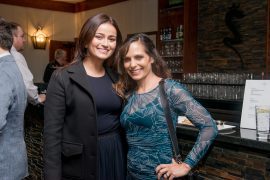