The Italian Cultural Centre of Milton (ICCM) was proud to host their first Summer Drive-in Concert series which occurred August 28 & 29 and September 4 & 5 at their location in Milton.  The concerts were each individually themed with the 4 nights consisting of Italian, Country, Rock Tribute and a 50’s Night.   Due to social distancing the attendee’s stayed in their cars for a truely “drive-in” concert experience.

“Haltons first Drive-In Concert series was epic and displayed the determination of the community to push on through these difficult times. Hoards of volunteers from the community, local government and businesses all came together to produce a stunning experience that will be talked about for a long time.

From bands being able to play again on stage after such a long hiatus, proceeds benefiting charities, bringing communities together, to building a template for a creative option for large scale socially distanced entertainment, this event series was a massive success.” posted Ken Samuel (one of the many volunteers) online.

Portions of the revenue from the concerts went to ROCK (Reach out Centre for Kids), Pak A Bag, Halton Woman’s Place, Townsend Smith Hospice Foundation as well as Milton District Hospital Foundation. 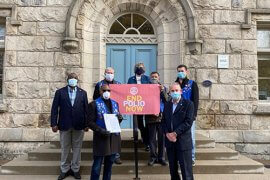 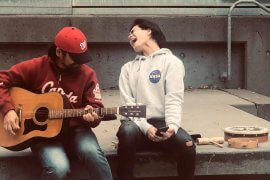 The Music Exchange in Milton 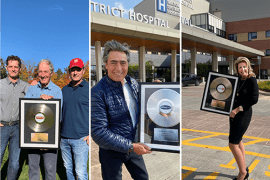