Ramadan is a very special month for Muslims not just because they fast in it but because this month promotes the act of charity. Sanan is a 12 years old Muslim resident of Milton, decided to live the spirit of Ramadan this year. He wanted to contribute to a worthy cause and immediately MDHF came to their mind. He liked the idea of making a charitable donation to the hospital. His mother decided to help him understand the true essence of doing charity and gave him an idea of preparing gift boxes and to sell them. It took a while to finalize the details but as soon as the message went out to friends, families and neighbors the generosity of people of Milton kicked in and orders started pouring in. Sanan’s target was 50 boxes, but soon orders of about 150 boxes were received, and then orders kept coming. Time came for the family to join hands and help Sanan put together the orders and distribute them.

The gift box drive was a huge success for Sanan, he has raised $750 for the Milton District Hospital and will inspire many more to contribute to the society. 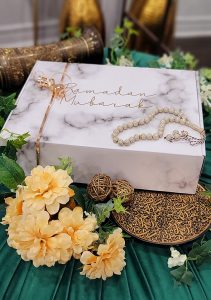 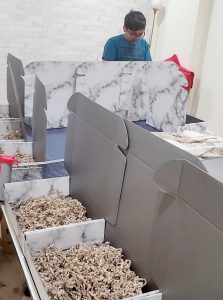 Pack-A-Bag is back with Victorian Tea Fundraiser