Mayor Gordon Krantz is a busy man, with many meetings, problems to try to solve and responsibilities to fulfil. Some secrets to his success are: to enjoy what he is doing; not to be afraid of criticism; always prove that he is reliable and always remember to leave the T off CAN’T!

“I’m a young 83 !”  he said, “Today I was up on our roof putting up Christmas lights! I was a volunteer firefighter for 20 years. I respect the ladder!”

Several Miltonians remember that our Mayor served as a part time firefighter for 20 years from 1960. He owned and operated Krantz Fuels from 1961 to 1980.

He was elected Mayor in the Municipal Elections of 1980, after serving as town councillor from 1965 to 1980. He has been re-elected for a total of 21 terms (8 as councillor and 13 as mayor).  On December 1st, 2016 he outdid Hazel McCallion as Ontario’s longest-serving mayor and was decisively re-elected in the municipal election of October 22nd, 2018.

Mayor Krantz   said: “I have to do a lot of decision making. We’re elected to help people but can’t satisfy everyone all the time. If everyone agreed there would be something wrong. I’m good at doing my homework about people and circumstances. I can always tell you what you want to hear or I can tell you the Truth.

“Well, you know,” he recalled, “Milton was dying in the late 80s and early 90s. We were losing people. We were getting to be an aging community. Young people had no option but to move out of town. There were no new homes being built. The ‘Big Pipe’ changed everything!”

This was in reference to the massive project to bring a pipe up Highway 25 carrying water to Milton so that more housing development could happen in the town.

In June 2000 the following article was abridged from the Environmental Science & Engineering magazine: ‘Ground has been broken on the first phase of Halton Region’s ambitious plan to open up development in the Milton, Ontario, area in accordance with the Halton Urban Structure Program (HUSP). This program was initiated in the late 80s with the objective of planning orderly and responsible growth within the Region…. To allow this first phase of development to proceed, the plan identified a need for a new trunk water main along the Regional Road 25 corridor, from a new Zone 5 pumping station at Upper Middle Road in Oakville, to Derry Road at the south end of the existing built-up area in Milton.’

When recalling Milton of 40 years ago, Gord said: “Dorset Park was the beginning of new areas of housing in Milton. Then came the Timberlea area and then Bronte Meadows. I was always a big supporter of new growth. I have been in Public Life for 55 years now. I am not easily dissuaded.

“I’m progressive and aggressive. You have to stick your chin out. Milton may have been the ‘poor relation’ in Halton at one time but not anymore!”

Young at heart and always forward looking, Mayor Krantz strongly believes that children are the future of tomorrow. The young families that enjoy all that Milton offers are a result of his vision.

He recalls being a ‘country boy’. He was born April 20th, 1937 at home in Milton Heights. “I was an Esquesionite and I went to school in a 2 room school in the hamlet of Milton Heights. If I’d been born just on the other side of our road I would have been a Nasagawegian.

“At that time, Milton was really rural. To get into town as teens, we wouldn’t drive, as gas was sparse due to the war years, so my buddies and I would take a short cut along the railway tracks because cars were out of the question for us.”

Mayor Gord Krantz grew up in Milton Heights with his four sisters and two brothers. He met his wife, Olive, during his teenage years and they married in 1958. They had two children, then six grandchildren and five great grandchildren.

Our Mayor obviously loves Milton and has spent 40(+) years building it into a welcoming, flourishing, vibrant community. 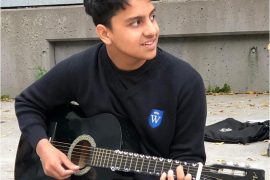 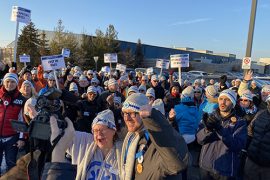 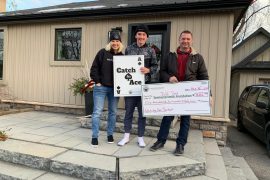 Chasing The Dream: Catch the Ace