The Halton Gujarati Seniors Samaj celebrated the 74th Independence Day of India on August 15 at Town Hall in Milton.

Halton Gujarati Seniors Samaj (HGSS), while being a catalyst between the Indian and Canadian cultures, celebrates Canadian and Indian events festivals so that members stay engaged connected, and involved in the community. They conduct health educational seminars and dance classes to relieve the lowliness and isolation of the aged and to improve their mobility and fitness. 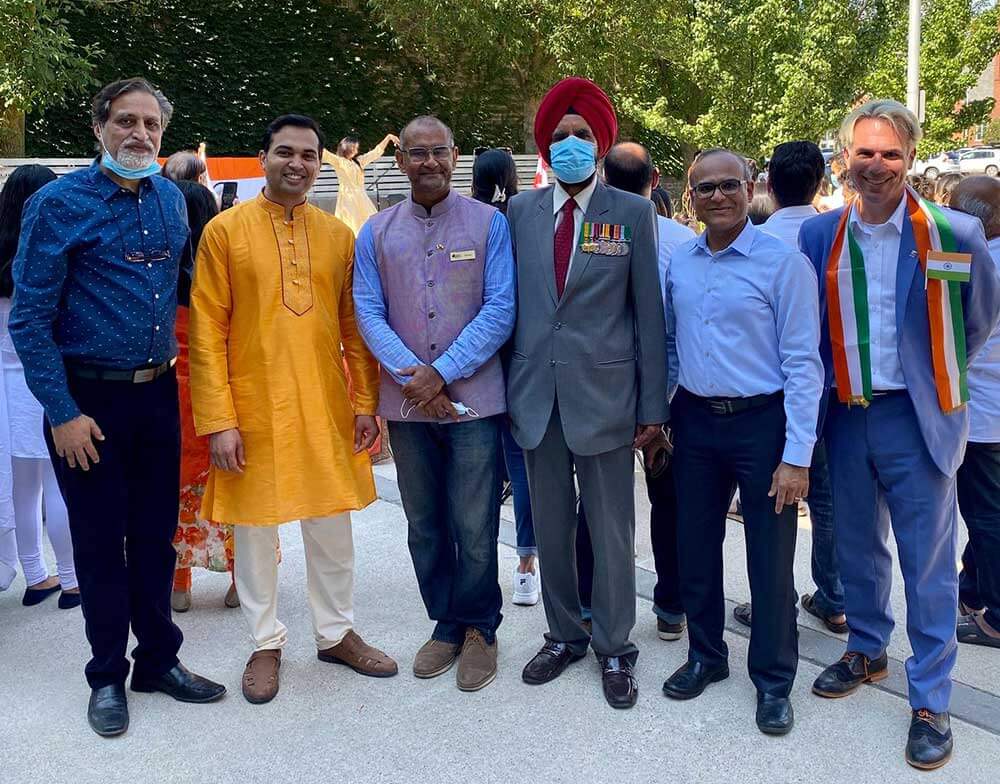 HGSS has celebrated India’s 74th Independence Day, on August 15th, for the past four years and this year, the celebration took place with mandatory adherence to social distancing and other precautionary measures due to COVID19. India gained its independence on August 15, 1947, after being under British Raj. Several freedom fighters fought to free the country from British rule. Members of HGSS, their Dignitaries, and the guests remembered millions of India’s freedom fighters who sacrificed their lives for independence by keeping 2 minutes of silence. 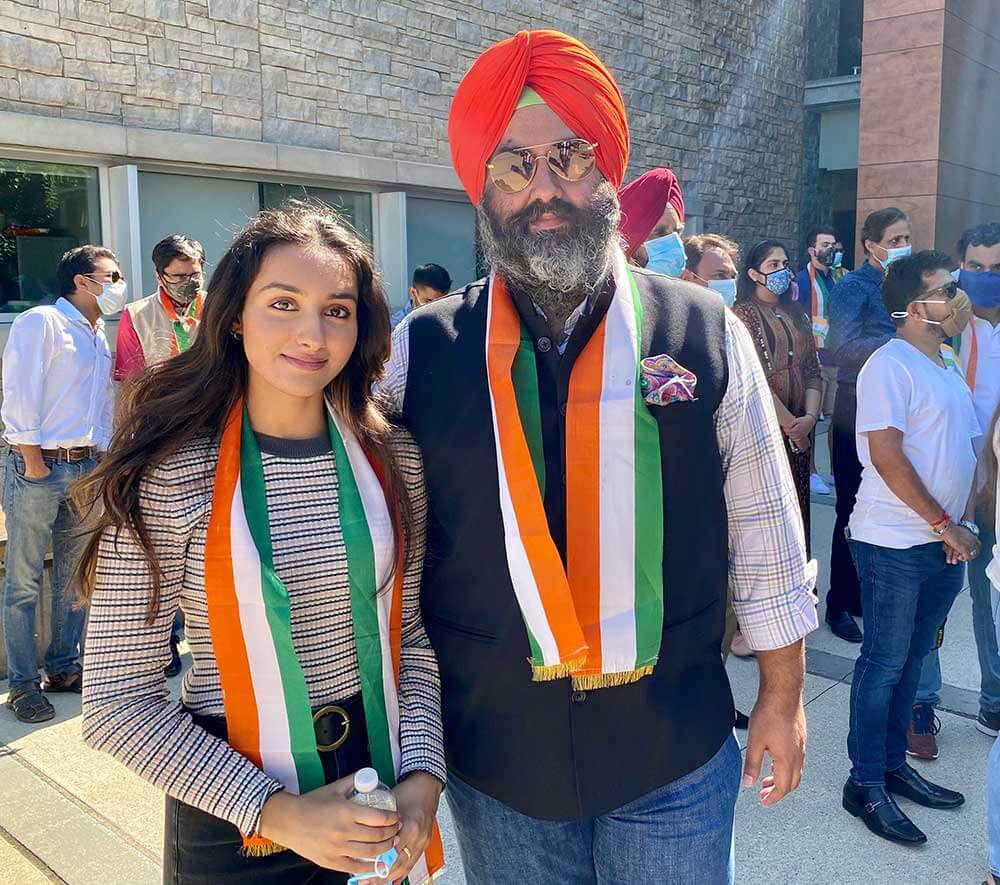 With the approval of the Mayor and Counselors, the Indian tricolor was hoisted in the air of Milton in the air for three days with dignity and serenity.  Mr. Alpesh Patel and the retired Commander of India, Hardal Singh saluted the flag, and rather than awakening the national spirit, and both country’s national anthem was performed by Radhika Thakkar.  Darpan Patel, a member of Hindu Swayamsevak Sangh, Canada, requested everyone to observe two minutes of silence in memory of freedom fighters.  HGSS’s President Mina Bhatt welcomed and congratulated attendees for being part of these great celebrations. 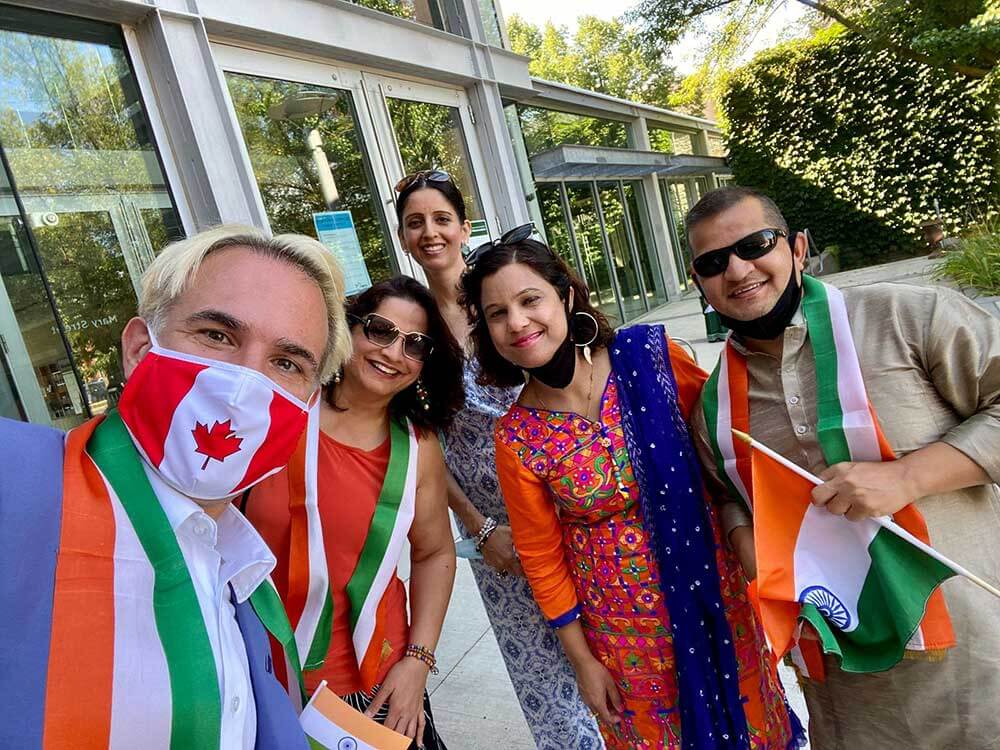 In the presence of everyone, Milton Mayor Gordon Krantz proclaimed August 15th, 2020 as India’s Independence Day in the Town of Milton and encouraged to support this campaign.  For these special celebrations, Parm Gill MPP felt proud to be an Indian and extended his heartiest felicitations to all Indians, Indo-Canadians, and friends of India. He congratulated HGSS’s commitment to the wonderful job they have been doing by keeping vibrant culture and heritage alive in Halton Region. MP Adam Van Koeverden awarded the certificate to the Committee and thanked them for hosting an official flag-raising ceremony to tribute to the vibrant culture, heritage, and the history that Canada’s Indian community has contributed to the social and economic fabric of the nation. Emcee Indu Verma read the message from Apoorva Srivastava, Consul General of India in Toronto. She extended her heartiest felicitations to all Indians, Indo-Canadians, and friends of India.  During the pandemic, the Consulate has been working with the Indian associations and helping the stranded Indians in all ways possible. Under the Vande Bharat Mission, they have repatriated 8000 people in more than 40 flights. More such flights have been planned and she gave the assurance that they will do everything to make the Consulate be ‘Home away from Home” to all the Indians.  She conveyed d her best wishes to Halton Gujarati Seniors Samaj and all its members to continue all their efforts.  Karamjeet Singh Mann, one of the proud sponsors of this event,  gave tribute to freedom fighters who sacrificed their lives and with the pride, he shared the incidents of the unforgettable Hero’s and Shaheed’s from Lahore Jail till Galwan Valley. 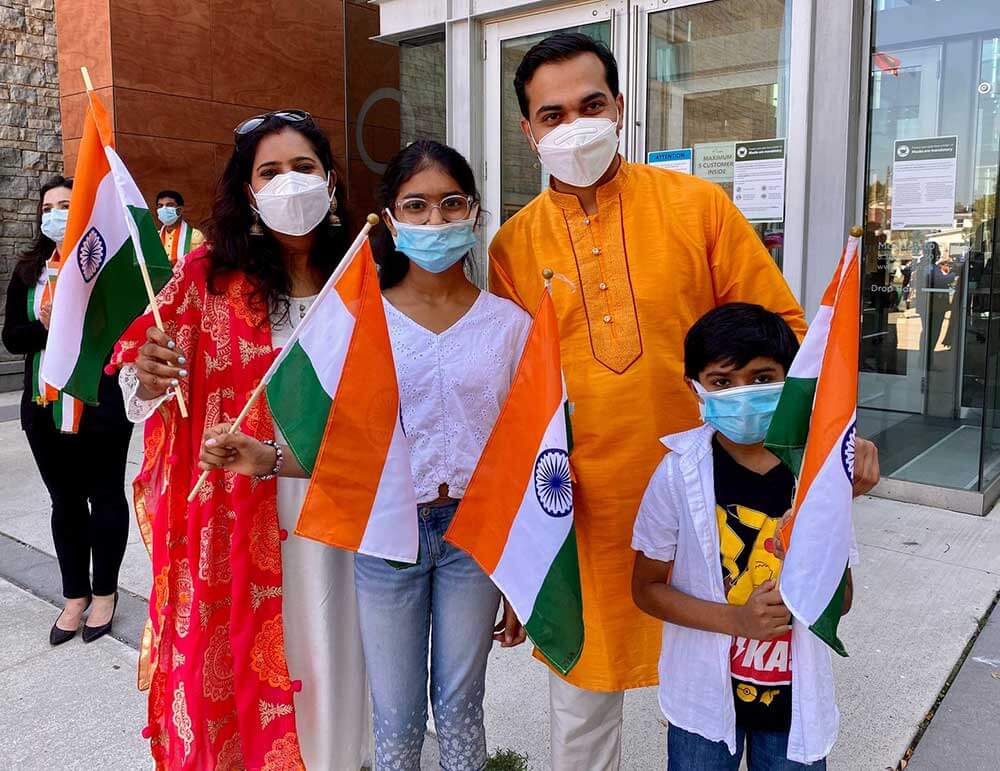 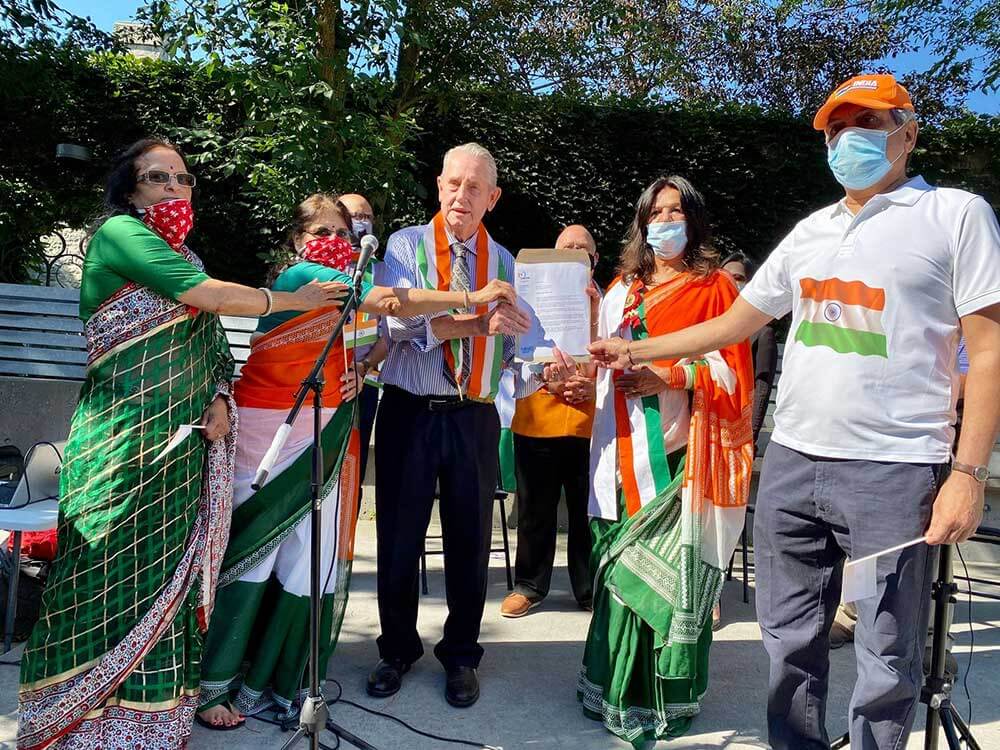 Secretary Hassu Bihari said that this celebration has brought people together and inspired them to work together, to pay tribute to the vibrant culture, heritage, and history that Canada’s Indian community has contributed to the social and economic fabric of this nation. She thanked everyone including Milton Mayor and the councilors, MPP Parm Gill, MP Adam Van Koeverden, and the guests for being part of this great event and appreciated the attendees as they followed public health measures. India’s independence day ended with light snacks, Coffee, and Tea. 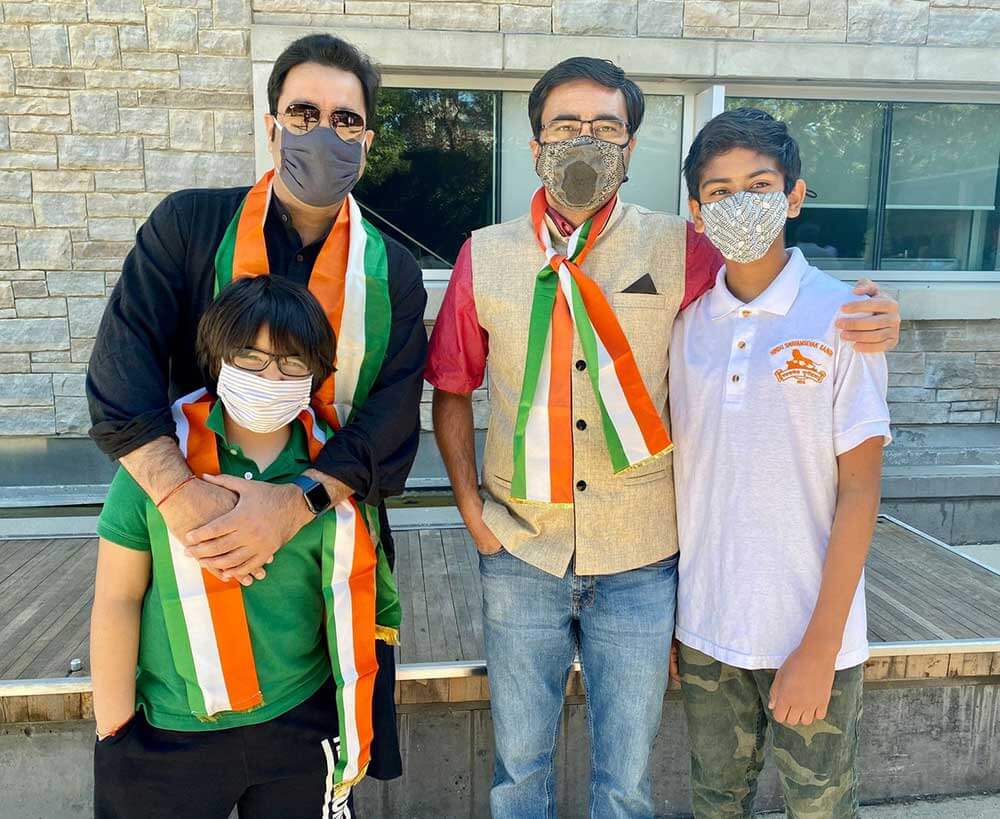 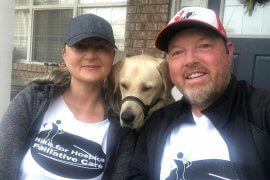 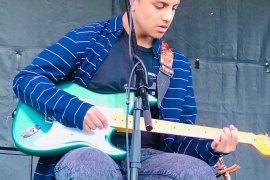 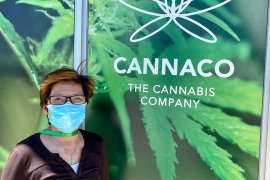