Events’ Ontario Softball Cricket League’s (EOSCL) season is over. The organization completed its third season September 22 with a pair of matches at Sherwood Community Park.

The season has lasted three months. Farrukh Siddiqui is the captain of the Rams, and has been playing since childhood. He bowls, and bats. He calls the promotion to the premier league a team effort. “We just want to have fun and play good cricket,” Siddiqui said. “There’s a lot of cricket fans, and cricket is growing very fast too. A group of fans came all the way from Oshawa to watch. The teams in the premier league will begin playing other leagues next season.

Tahir Shakih was out to support the Rams. He played about half the season as a keeper, responsible for fielding the ball from pitcher positioned behind the batter. He grew up playing it in Pakistan, and the United Kingdom, even playing on a team at one point with Pakistan’s Prime Minister Imran Khan. He believes the tournament has built a name for Milton. “Everywhere you go there are kids talking about this tournament. They want to get engaged, get involved, he said. The Rams ended up winning their match. The second match featured Team Hamid vs. Team Sunrisers, which, the Sunrisers won.

Plans are underway for next season. Tariq promises it will be bigger, and better than this season. For more information stay tuned to their Facebook page: www.facebook.com/EOSCLeague 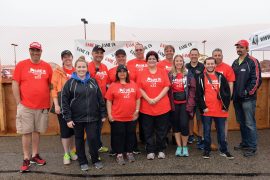 Game On for Reach out Centre for Kids (ROCK) 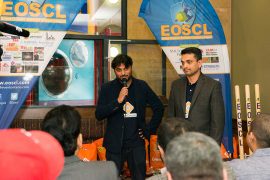 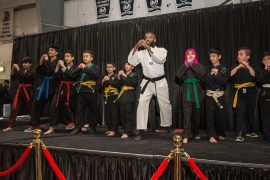