Shortly after Christmas Milton was honored with a limited edition Milton-themed Monoply game aptly titled “Milton-Opoly”. Demand for this blew up with each shipment arriving at Milton Walmart quickly selling out within 1 day. In a very short time period over 800 units were sold to Milton residents looking for some nostalgia family fun with a Milton twist.

With local flair included in the game such as “You ate too much Tiramisu from Pasqualino’s! Lose 1 turn to recover’ or just the thrill of being able to buy “Milton District High School” or “Craig Kielburger Secondary School”. Properties included local Milton streets as well as locations like Mill Pond, Milton Leisure Centre, Milton Mall, to name just a few. The Amy Flowers local real estate team got into the fun hosting a contest giveaway asking Miltonians why they love Milton for the chance to win one of 5 of the games.

“Why would I give away these games? It is simple really, I love family game night. Board games are my favourite way to spend an evening but in particular Monopoly is my absolute favourite game. When I saw that there was a Milton-onopoly, I was ecstatic! I just had to share my love for this town and for this game. When I was able to get my hands on a few copies of the popular game I wanted to share them with the people who are newcomers to Milton and with those who make Milton truly great. So I created a contest on social media where people share the reasons why they love Milton for a chance to win a copy of the game.” said Amy Flowers. 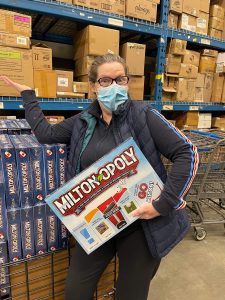 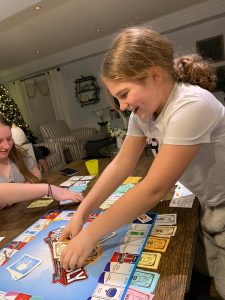 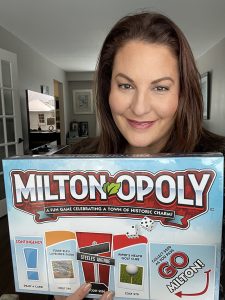 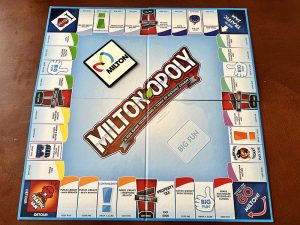 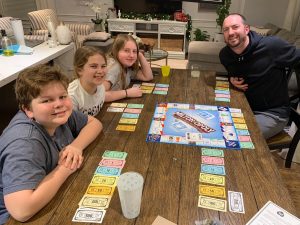 Miltonian Michelle Rodgers and her family were one of the winners of the contest giveaway. “Thank you so much Amy Flowers and team for our Milton- Opoly game! Family game night was so much fun!!”

While the game is currently sold out, more are being produced now. Jared Clarkson from Outset Media the company responsible for the game had this to say. “Milton’s demand quickly blew us away. I know people are really excited for it. Unfortunately, it takes a lot of time to manufacture. We are aiming to have new stock in Milton Walmart for March or at the latest April. I’m still getting emails and calls about this.”