Hassu Bihari recalls: “One evening in Mumbai, India, we….were sitting on Juhu Beach enjoying the beautiful sunset with the cool sea breeze blowing over the ocean waves, an idea came in my mind for a radio show. With our heart and soul the name ‘Sheetal Sangeet’ (Traditional Classical Mellow Music) was chosen in February 2000.”
The show was originally on the air every Tuesday morning from January 2001. The shows were linked through the internet and within a short time, “by email and word of mouth,” there was “an overwhelming response from around the globe.”
The first on-line Gujarati web radio was launched in June 2005.

“We now have thousands of listeners around the globe,” Hassu says “….enjoying the show for many years.”
The media report states: ‘We are a non-profit organization with a vision to increase the establishment of Gujarati music worldwide, and also to promote talented artists and industry professionals.
All our advertising revenues are used for covering the cost of operating the radio station. By advertising with us, you will be circulating your brand message with an affluent South Asian community. Sheetal Sangeet is the first 24hrs Gujarati Internet radio station from Canada, designed specifically for adults with sophisticated musical tastes. Our vision is to increase the establishment of Gujarati music worldwide, and also to provide support for talented artists and industry professionals. We are developing strategies to help emerging musicians from around the world, cross over the barriers of the conventional music, arts and entertainment industry and take advantage of the emerging digital marketplace for global entertainment.’ Born into an Indian family in Uganda, Hassu grew up in an atmosphere that emphasized cultural and religious traditions. She moved to Canada in 1972 and became a Gujarati teacher, founder of a ladies’ club and an active member of various cultural groups.
Her radio studio is based in her home in Milton, where she is well loved and respected by all with whom she comes into contact in the community. Her co-host in India is Rajiv Mehta, from Vadodara, Gujarat.
Hassu says that they “often get calls from around the world and get compliments” about the show that plays soothing, classical music which people can listen to and work at the same time. www.sheetalsangeet.com, hassubihari@ hotmail.com 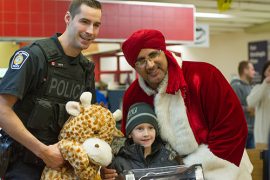 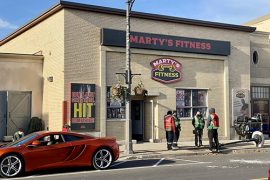 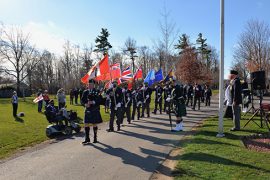