The Milton NDP Riding Association hosted its annual public barbecue on Saturday August 12 in Beaty Neighbourhood park. This family event included everything from tasty BBQ chicken and hotdogs, activities for children and speeches from leadership. Over 150 people attended along with NDP volunteers sporting orange T-shirts under the direction of riding association executives Hafsa Hussam.

NDP riding Association President, Maliha Khan Ahmed introduced special guest Niki Ashton, who is one of the candidate vying to be the next leader of the Federal NDP. Niki is also the member of parliament for Churchill-Keewatinook and is currently the critic for Jobs, Employment and Workforce Development. Niki spoke about getting the NDP back to its roots and core values and connecting with Indigenous, racialized, student, environmental and labour movements. She would like the NDP to work more closely with the activists that keep the NDP movement working in ridings like Milton. 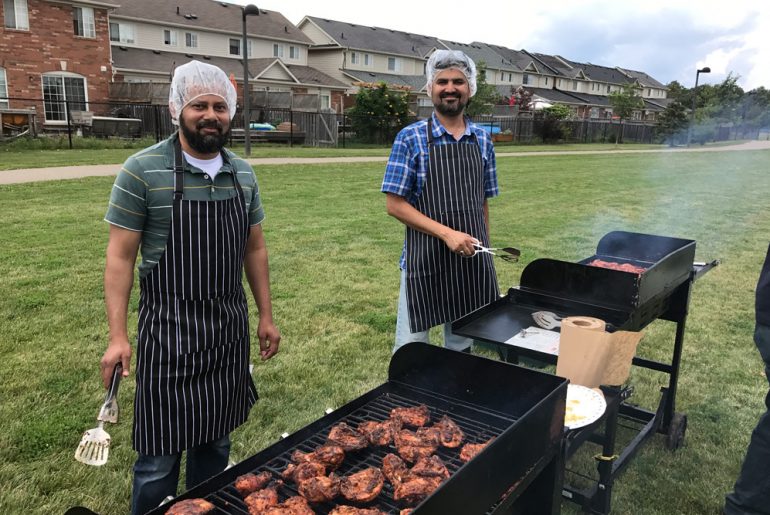 NDP Riding association secretary Mike Druiven introduced Bill McBain who is working on another NDP leadership campaign for Charlie Angus. Mr Angus could not attend due to family matters. Charlie Angus is the member of parliament for Timmins-James Bay. Mr McBain spoke for Mr Angus who also would revitalize the NDP as a party rooted in community and able to set itself as a true alternative to the other parties.

Community Foundation of Halton North raises $100,000 in first ever Webathon