Corrections Officers at MapleHurst Detention Centre spent 24 hours out in the cold on February 19 to raise $3700. The eﬀorts were part of a fundraiser for Halton Women’s Place, and to raise awareness of homelessness.

The event raised approximately $3200 in 2018. Corrections Officer Ryan Graham spent 24 hours out in the cold last January with a Parole officer. What surprised Graham about that experience was the support from the community. “People popping by, dropping oﬀ coﬀees, getting an understanding and what we’re trying to raise awareness for Halton Women’s Place,” he said of the experience. This year they are hoping to surpass that.

Te 24 h our stretch started with a BBQ at noon February 19. A donation bought people a hot dog, hamburger or sausage, and a pop. This year Graham was joined this year by five other colleagues. For Chris Abbott it’s as much about changing public perception of corrections officers as it is about the cause. “In the news media, in television, and movies we’re always portrayed in the worst light. It’s a really hard thing for us to overcome,” he said. “There are good hard-working people and families that are protecting the public,” Graham added. There was some warmth provided frees in barrels fled with wood donated by Miller Tree Service. 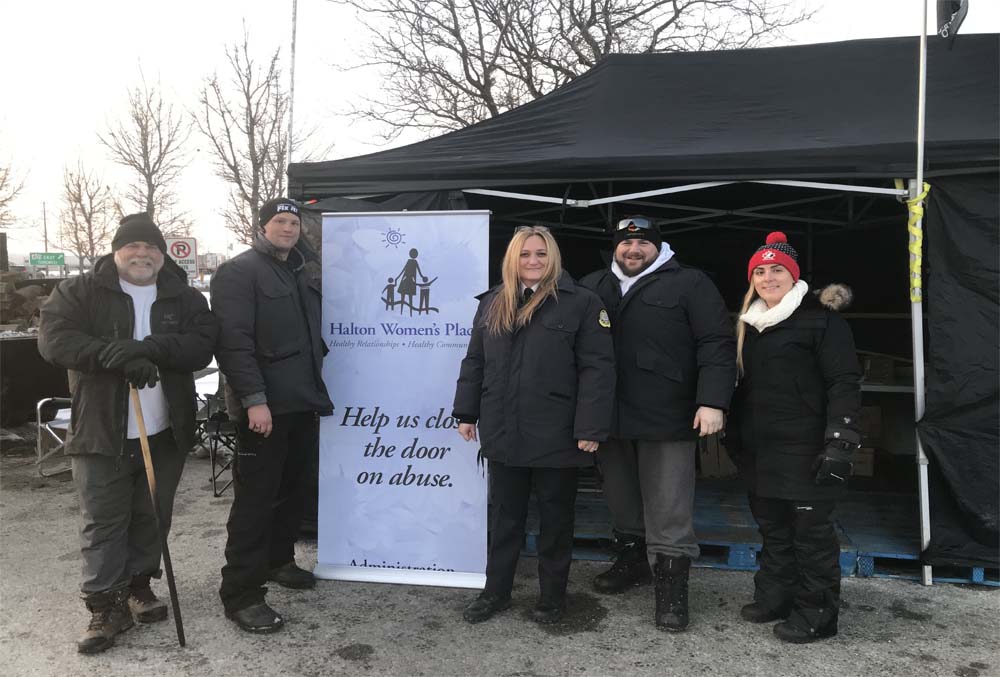 .
MapleHurst complex houses a jail and Vanier Centre for women. The institutions run programs to rehabilitate inmates. “What we need is to start working on these guys while they are here while they are here with this,” Graham said. It’s a remand center where suspects are often kept while awaiting custody. “With the proper resources, and with the proper programming we feel that we can start rehabilitating guys, and starting working on some of their anger management issues, and some of  their narcotic issues, so when they get out they’re better functioning in society.”

The women’s side has more programming. “They have a better chance at not being charged and coming back to the facility,” Abbott explained.