April 28 marked the end of Milton Youth Recreation Centre (MYRec)’s basketball season at MyFest 2018. Awards were given out kicking off an afternoon of family fun and celebration at the Milton Sports Centre.

Ali Merali coached the 14-16 year old division championship team. His strategy was patience, and taking it game-by-game. The players on his team competed evenly, scoring the same amount of points as each other. “I was trying to get across that it was a team effort. “ Merali said.

Asim Shaikh and Zaid Khusro definitely took the lesson of the team effort to heart, recognizing improvements in their fellow players. They felt the game extended off-court as well. “Basketball is more than a sport. It’s about team work. It’s about the other things you learn,” Shaikh said. He learned a lot about leadership skills. “If someone does something wrong, you’re cheering them up. You’re not putting them down,” Shaikh added. Khurso summed it up. “Anything happens, we’ve got each other’s back,” he said.

The season included the first ever game where the police officers from Halton Regional Police played the league coaches. Officer Singh is part of a community mobilization unit out of Milton, and participated in the event. “This is a great way to connect with the community By: Laura Steiner | Photos by Sarah Arfan at large,” he said. The HRPS won the game. MYRec hopes this will become a regular part of the season.

The arena was set up as half marketplace, half fun zone. In the middle was a stage, with seating, and tables. Bilal Alvi emceed the afternoon, guiding the crowd through the games. It was his second year helping organizing it. “It’s great to see familiar faces, and new faces here,” Alvi said. Games included a marriage game, paring married couples against each other (husbands vs. wives) to test how well they knew each other. Alvi says he came up with the games himself A horn would sound signalling a game, and people would gather around the stage to watch.

It’s an event completely run by volunteers. Nayma Hasan has been volunteering with MyRec for four years. She started as a volunteer with the MYRec soccer league, and sees a positive difference. “You see the kids growing up, and growing closer together, and forming those bonds,” she said. Some of the kids are going into high school now. She believes volunteering is a way to build community. “It’s important to build community so people are rooted where they are,” she said.

Islamic Relief Canada was there collecting donations for four different projects. All were organized by children, and included: water, a women’s shelter, disaster, and orphans. The water team was raising money to build solar powered wells in Malwai, with the goal of providing 16 at a cost of $15,000 each. “Water is life. Nothing could be living without water” Maya said. It started off as a project to teach them about fundraising. They were all passionate about their causes.

The entire afternoon was about youth, and families. “Everyone’s out shopping, they’re eating. They’re all together. It’s very important to see the family together,” Alvi said. “I love to see the kids being active. That’s why we do it,” he added. MyRec Soccer league is taking registration. For more information visit: www.myrec.ca
Photos by: Sarah Arfan 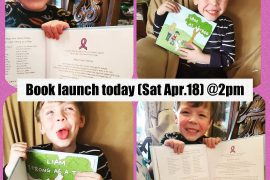 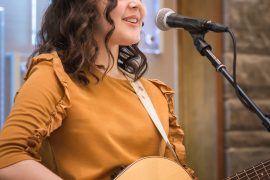 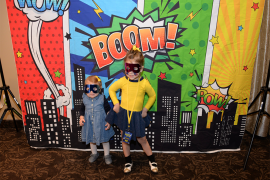