Men II Boys’ motto is “It’ never too late to have a happy childhood.” “It means we practice once a week. We kibitz with each other. We figure out things we think are entertaining, and cause laughter for the audience,” Ron McKerron said of the phrase’s meaning. The all-male singing group is set to play the FirstOntario Arts Centre Milton November 16th. The group first formed in 1996, and has 18 members. Their website describes them as “a group of men who found out that they like to sing together and have been doing so for a couple of decades.”

The night I met them, they were gathered at a rehearsal space at St. Paul’s Church for a rehearsal. The jokes were flowing as easily as the music. “Our objective is to have people leave laughing, having a lighter heart and a better attitude than when they came in.” he said.

November’s performance at the First Ontario Arts centre is in support of the Wounded Warriors Foundation.“They’re an important aspect of supporting all types of people who put themselves in harm’s way for the benefit of all Canadians,” McKerron explained. Wounded Warriors Foundation supports sick and injured soldiers, veterans, first responders, and their families. “We’re fortunate to be associated with them,”McKerron said. John Carroll is one of the group’s tenors. “As the group has gotten older we appreciate that we do have a gift. We can sing, and we can sing together and make a pretty good sound,” he said. The group sings a Capella (without accompaniment), and sometimes rewrite the lyrics. Their performance in November is their first one on the big stage at the Mattamy theatre. “We’re excited about hopefully selling the venue out, and sharing our gift with the rest of our community,” Carroll. For more information on the group including how to buy tickets visit their website at: www.meniiboys.ca. 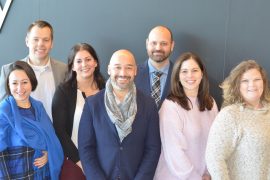 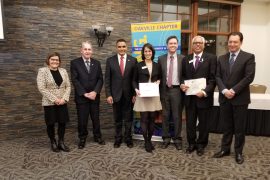 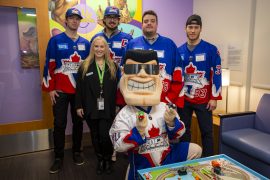